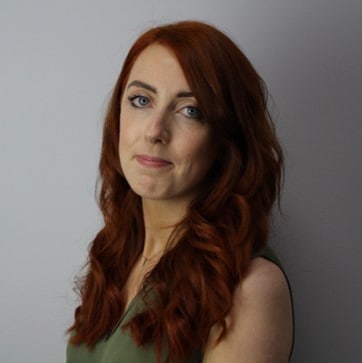 Mary has been with Archer for nearly 5 years and is the leading recruitment consultant for the QA Software Testing & Automation space in addition to leading a Recruitment Delivery Function. Mary interacts with QA Software Testing professionals every day, forging connections between candidates and the companies she can call her clients.

Mary manages her team of upcoming specialised consultants who are currently learning the trade and Mary’s knowledge and background can help them achieve this.

While building and designing is one aspect of development, there is another step that is as crucial called Software Testing and Quality Assurance. It always comes down to the experts of QA and software testing individuals to test software and applications regarding any errors or issues to ensure a seamless experience for the users. The demand for software testing experts is increasing in Dublin and globally with the technological sector boom and competition among IT companies worldwide.

Archer Recruitment is the right place for you to explore the opportunities in Ireland in Software Testing, spanning across Manual Testing, Automation Testing, Software Development in Test (SDET), Architect and Principal, Test Lead, Test Management and more.

On the other hand, we have suitable, handpicked potential candidates in software testing, with many of our technical automation engineers hailing from a software engineering background.

In short, if you are an organisation seeking additional Software Test (Manual or Automation) resources on a permeant or contract basis in Dublin or nationwide in Ireland, you are in luck because we can provide a plethora of options under one roof.

If you have any questions regarding the opportunities, then feel free to contact us.

The career outlook for quality assurance engineers has been growing with an estimated 4.95% growth in jobs every year, it’s estimated there would be around 300,000 new jobs by the end of the current decade. The same for IT jobs have been observed in Dublin and throughout the whole country of Ireland. QA is a detailed-oriented profession responsible for planning testing activities, exposure, resolution of bugs and delivering near-perfect products.

The most common tool used for issues tracking and ticketing is JIRA. JIRA is a tool with which developers and quality assurance engineers interact, the QA team will open a ticket of an issue that is tracked with the assigned person, status, comments and timelines.

Testing of larger applications with thousands of scenarios can’t be performed manually, automation tools are used for large-scale testing in which scenarios and test cases are defined. The programming languages such as Java, C#, Python or JavaScript can be used. The testing consists of mainly two areas, Frontend UI and Backend i.e., application, OS, databases, etc.

The Frontend: One of the most popular tools for UI testing is Selenium, it can test automated button clicks, searches and tables, to name a few. Selenium can be backed by Java, Python, JavaScript or C#. Appium is a testing tool that is more oriented toward mobile testing i.e., android, iOS and Windows desktop platforms. Selenium has been seen as the grandfather of automated testing tools for 10+ years now, in more recent times we are seeing many organisations make the transition to Cypress giving more flexibility and functionality, this is backed by JavaScript only.

The Backend: Microsoft SQL is used for database testing; it generates a SQL script that fetches data from the database and compares the expected result with the actual result.

What does the Career Path look like for QA Automation & Software Testers?

While you have established the key tech demands in the field of QA and Software Testing, the career pathway for individuals is limitless, offering many avenues to explore with a growing demand for this skillset in Dublin and Ireland. Typically, software testers will enter this career path as a junior Test Analyst or transition from another non-technical background, typically finance. From here, you can progress up the rank to Senior Test Analyst, Test Lead, Test Manager and eventually Program Test Manager with these positions focused on manual testing.

The most senior role within the QA space is Head of QA and Director of QA and we have placed a number of these candidates with respectable companies here in Ireland.

To stay ahead of the curb in the software testing and the QA field in Dublin, suffice to say, you will need additional certifications. For Quality Assurance, you can opt for the International Software Testing Qualifications Board ISTQB certification. For more technical Automation Testers, certifications in an Object Orientated language and Cloud are also preferred for collaboration and operations.